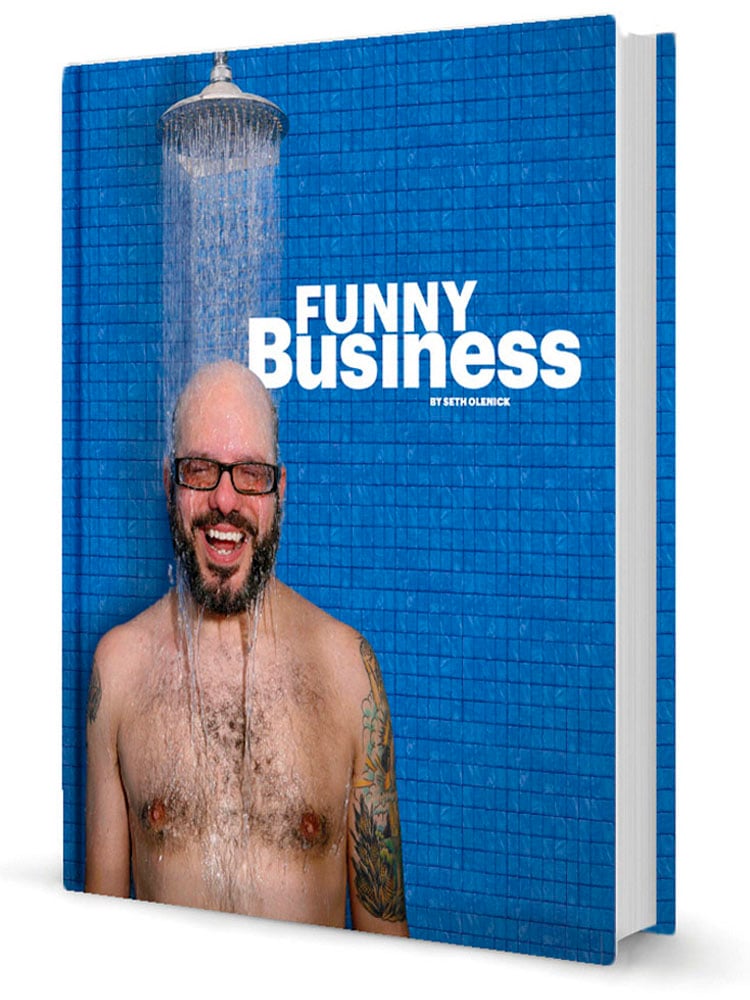 Funny Business is the culmination of photographer Seth Olenick’s 7-year journey to photograph the big names and up-and-comers from the last 20 years of comedy. It focuses largely on the faces of the alternative comedy world where two drink minimums do not exist.

The book is limited to just 1500 copies, hand-numbered 201-1500 with a limited edition version available with a screen-printed slipcase hand-numbered 1-200.

Each photo is paired with a caption written by each subject, adding some context and humor to the photos themselves. The intro to the book is written by standup, and SNL-writing alum, John Mulaney, who is considered by many to be one of the best standups/writers in the business today.

Any fan of comedy or photography will want to pick this book up because it features exclusive photos of comedy favorites in situations that are sometimes smart, often funny, and always original. It is a great addition to any coffee table book collection, and it will serve as a great way for the casual comedy fan to discover some new faces that they would not have otherwise known about. In the end, though, it is a love letter from Olenick to the comedy scene that has made him laugh for the last 20 years.